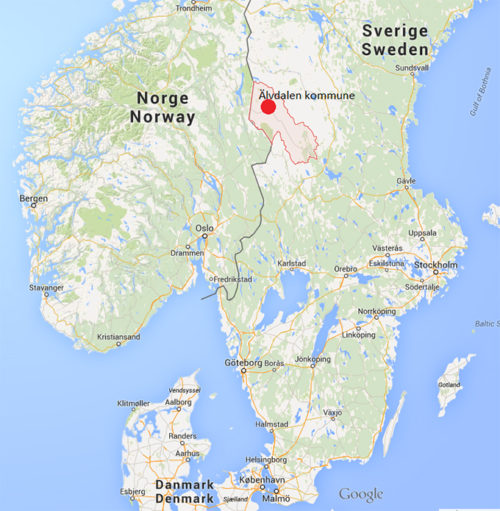 Elfdalian is not recognised by Sweden as a regional or minority language under the European Charter for Regional or Minority Languages12).

Sweden knows six minority languages (Finnish, Yiddish, Meänkieli, Romani Chib, Sami and Swedish Sign Language), and the law states that users of these languages should be given the opportunity to learn, develop, and use the language 13). Furthermore, the Swedish law states that “Those who have another mother tongue [than the languages mentioned in the first part] should be given the opportunity to develop and use their mother tongue.” So for, among others, Elfdalian, the part of “the opportunity to learn” is not present. The law does not state that teaching the language or using it as medium of instruction is compulsory, but it does allow for the language to be taught in school, and to be used as medium of instruction in school.

In 2005 Gunnar Nyström and Yair Sapir started a course at Uppsala University. Since there were no coursebooks available they developed a coursebook for university students their selves. “Älvdalsk grammatik” was published in 2012 and this was the first book about grammar in more than 100 years. The last (and also first ever) book was written in 1909 by Lars Levander and focused mostly on linguists 14). This new book has a bigger target group and even has QR-codes that link you to sounds files with Elfdalian pronunciation 15). Besides that, an important dictionary, Material till en älvdalsk ordbok, was developed in 2010 by Lars Steensland 16).

There is an association for the protection of Elfdalian, Ulum dalska 17). This association hands out grants to students that speak Elfdalian. You can apply for the grant if you “are a student in grade 9 at the Älvdalsskolan that speaks Elfdalian and always chooses Elfdalian before Swedish in a conversation with other speakers of Elfdalian” 18) There are three demands for getting the grant:19).

In a high school in Älvdalen, Elfdalian is being taught as an optional course. It is taught inside of school and during school hours, but it is not mandatory for all students. The course was very popular this year (2017) and was chosen by 54 students but they only got six lectures so they did not reach a high enough level to actually have a conversation in Elfdalian 20).

In 2005 there was a beginners course in Elfdalian at Uppsala University. It is currently not taught anymore, but professors Gunnar Nyström and Yair Sapir made the course material online available in 2015 21). Besides this, there have been summer courses for adults 22) 23). One of these beginner courses has even been translated to English and is now available for English speaking language enthusiasts 24).

Last year (2016) a new project was started in a preschool in Älvdalen. The staff will only speak Elfdalian and the children will have Elfdalian is their daily language 25) 26). This gives a lot of speakers of Elfdalian hope that one day it might become one of the official minority languages of Sweden27).